M a k e   is for collaborations. It was originally conceived for a multi-tracking recording project involving singer - Iris Ederer. A more recent version of Make has included Christine Duncan and Jean Martin and was a recording that took place in Toronto. The CD was released in January 2018.

The first definition of "MAKE"  is in the Shorter Oxford Dictionary is as a noun (obsolete, except in dialect):
1. An (or one's) equal, peer, match; one's like.
2. A mate, companion. (occasionally The opponent with whom a fighter is matched.)
3. Of animals, especially birds: A mate (male or female).
4. Of human beings: A mate, consort; a husband or wife, lover or mistress.

There is a medieval English lyric about the Virgin Mary that begins "I sing of a maiden / That is makéless…" (The last word is pronounced as three syllables. The first is pronounced like "Ma" rather than "May"; the e is short like the e in belovéd.) This is a pun, meaning both that she is without peer or equal, and that she has no mate, in a sexual sense.
This is the oldest sense of make. It is related to our modern word "match", and it lies at the root of the modern sense of the verb "to make", because to make originally meant to put together, to match the parts of something. You can see the common root of match and make in the German verb machen, to make. So making is about assembling things that already exist, rather than causing them to spring into being from nothing. This therefore has a direct relevance to the use of statements, quotations and musical content in this project.
So a poet is really a "maker" (which is the old English word, before we took on the Greek "poet"), because the poet puts together materials that already exist, i.e. words.

T E X T
1. Hildegard of Bingen
Just so, the breath of the air makes the earth fruitful. Thus the air is the soul of the earth, moistening it, greening it.


2. Maya Angelou
Never make someone a priority when all you are to them is an option


3. Jane Austen
Perhaps it is our imperfections that make us so perfect for one another


4. Wangari Maathai
Until you dig a hole, you plant a tree, you water it and make it survive, you haven't done a thing.


5. Emma Goldman
If voting changed anything, they'd make it illegal


6. Eleanor of Aquitaine
My child, seek those things which make for peace.


8. Emily Dickinson
That it will never come again Is what makes life so sweet.


9. Angela Davis
Why don’t we start a long-range plan in this country to remake our educational system?


10. Tabasum Wolayat
If you stay mute, you can’t make a revolution. Change has to start with somebody


11. Naomi Klein
Those who make the tanks pay the people to think.


13. Alice Meynell
The sense of humor has other things to do than to make itself conspicuous in the act of laughter.


14. Jeanette Winterson
I have a theory that every time you make an important choice, the part of you left behind continues the other life you could have had.


15. Marjane Satrapi
It's fear that makes us lose our conscience. It's also what transforms us into cowards.


16. Carson McCullers
There's nothing that makes you so aware of the improvisation of human existence as a song unfinished. Or an old address book.


18. Margaret Atwood
I'm not interested in cutting the feet off my characters or stretching them to make them fit my certain political view.


19. Toni Morrison
What difference do it make if the thing you scared of is real or not?


21. Simone Weil
Imagination and fiction make up more than three quarters of our real life.


23. Gertrude Stein
Putting down on the paper words which dance and weep and make love and fight and kiss and perform miracles.


24. Stevie Smith
Deaf men will pretend sometimes they hear the song, the words, and make excuse to sin extremely; this will be absurd.


25. Edith Wharton
If you make up your mind not to be happy there's no reason why you shouldn't have a fairly good time.


26. Harper Lee
Mockingbirds don’t do one thing but make music for us to enjoy.


28. Caryl Churchill
You make beauty and it disappears, I love that.


29. George Eliot
What do we live for, if it is not to make life less difficult for each other.


30. Alice Walker
Men make war to get attention. All killing is an expression of self-hate.


32. Mary Wollstonecraft
It is time to effect a revolution in female manners - time to restore to them their lost dignity - and make them, as a part of the human species, labour by reforming themselves to reform the world.


34. Virginia Woolf
It is in our idleness, in our dreams, that the submerged truth sometimes makes its way to the surface.


35. Jean Rhys
It's so easy to make a person who hasn't got anything seem wrong.


38. Susan Langer
Anything the listener does or thinks of to make this experience more telling is musically good.


39. Doris Lessing
There is no doubt fiction makes a better job of the truth.


41. Catherine McAuley
Each day is a step we make towards eternity.


42. Janet Frame
Persuasive argument that will eventually make a man agree to his own destruction.


44. Alice Munro
The banality will make you weep as much as anything else.


45. Sylvia Plath
Perhaps some day I'll crawl back home, beaten, defeated. But not as long as I can make stories out of my heartbreak, beauty out of sorrow.


46. Flora Tristan
Feel the weight of the chain which makes you his slave and see if you can break it.


47. Angela Carter
We must all make do with the rags of love we find flapping on the scarecrow of humanity.


48. Pannonica de Koenigswarter
People who have more should give it away and make life better for those who don't.


49. Aung San Suu Kyi
You can make people understand why freedom is so important through the arts,


50. Peggy Seeger
Listening to Jimmy Young - it makes me want to spew.


51. Emmiline Pankhurst
Men make the moral code and they expect women to accept it you have to …...


52. make yourself more obtrusive than anybody else. 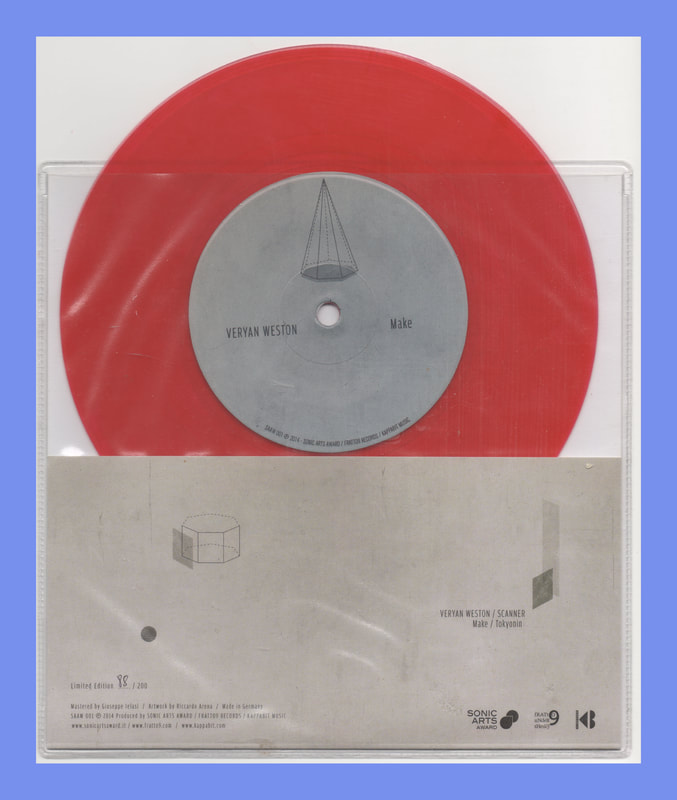 The piece is an experiment in two ways. The first is by using language as a means of generating rhythm as opposed to solely generating meaning. The purpose was to create mystery by concealing the meaning of each individual message and to overlay them with each other. Words could then be seen to become a poetic abstraction in sound. The second way is to use music as a means of generating meaning, where sound unifies the separate voices. It was realised that five simultaneous statements would be enough to mask any clear linguistic message. The statements are sung using one pitch. Because there are five statements, there is a chord of five notes, i.e. a pentatonic chord/scale. This idea was carried over as part of "The Make Project".

The statements that were chosen were by women writers and activists with the word 'make' somewhere in the statement. This word would provide a unifying 'theme'.

The harmonic structure is used in previous compositions, Tessellations I, II, and III. This consists of a sequence of 52 pentatonic scales that change each time when one pitch is altered.