Because five into twelve doesn't fit, overlapping is used. In this case, 4 different pentatonic scales which overlap by two notes each without repeating any pitches therefore producing a twelve-note row. The following diagram helps to visualise this idea:- 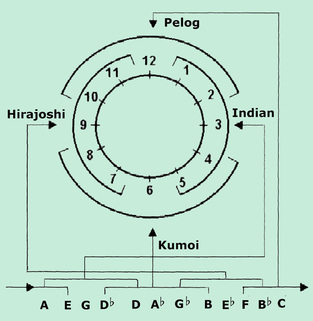 The next three tables are the result of using overlaps. For those unfamiliar with note-row tables, the easiest way to understand them is that notes can be used/played in any vertical or horizontal row either forwards or backwards, in the order presented. Each downward vertical line of notes are an inversion (they mirror the intervals) of each note that starts on the horizontal line. 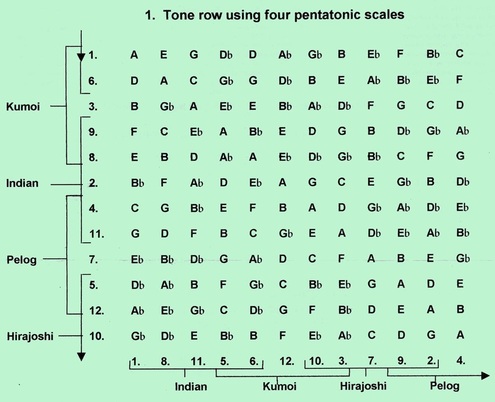 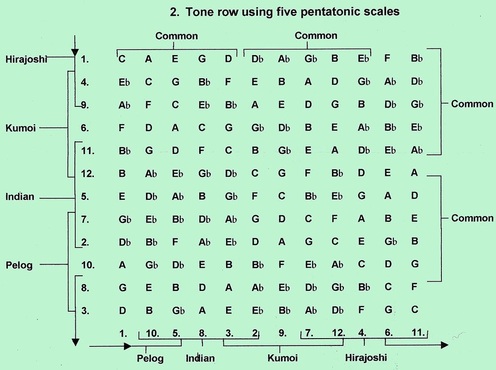 The following table was made possible by the discovery that the Indian and Kumoi were inversions of one another [i.e. they mirror each other's intervals] as do the Pelog and Hirajoshi: 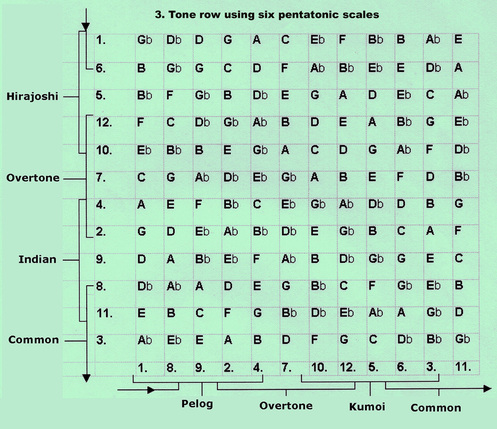