This last table at the end of the previous page contains a sixth scale which is not a primary pentatonic scale. The Overtone pentatonic scale is built from the first five different notes found in the harmonic series. Like the common pentatonic scale, it is anhemitonic.

Modulating through the Greek Modes The table below shows how to modulate pentatonic scales in semitones and tones and make it possible to stay within a Greek modal system. So there are twelve other versions of this:- 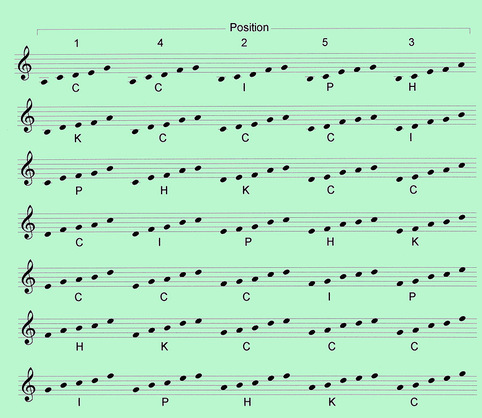 By using two different pentatonic scales at the same time, it is possible to have a chord with a maximum of ten different notes, e.g.

Shifting one note from each scale would give the other two notes making all twelve notes:-