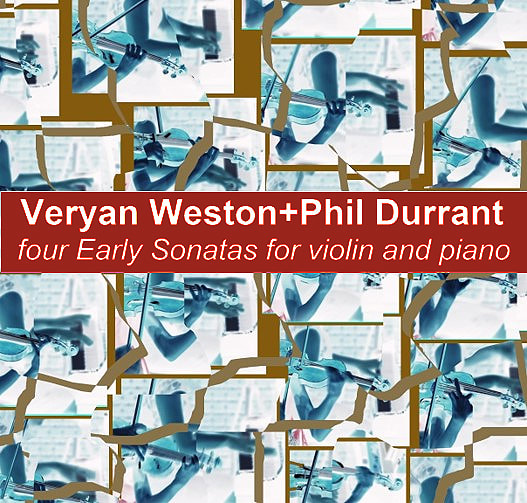 Wednesday, October 28th, The Issue project Room is pleased to stream a new collaborative work between London-based pianist and composer Veryan Weston & New York-based experimental saxophonist and composer Ingrid Laubrock. The artists present “Art and Life in Self-Isolation,” commissioned by ISSUE.The film reflects the present state of many artists now having to work apart in self-isolation. Laubrock and Weston have worked together, including the album Haste with cellist Hannah Marshall, but now live on separate continents—New York and near London. It is a collaboration in isolation.
The film consists of sequences of activities that interconnect and run parallel with one another. They consist of short films of the artists own current day-to-day activities as well as art-related interests. All are bound together by their own music which has been conceived for the film itself. 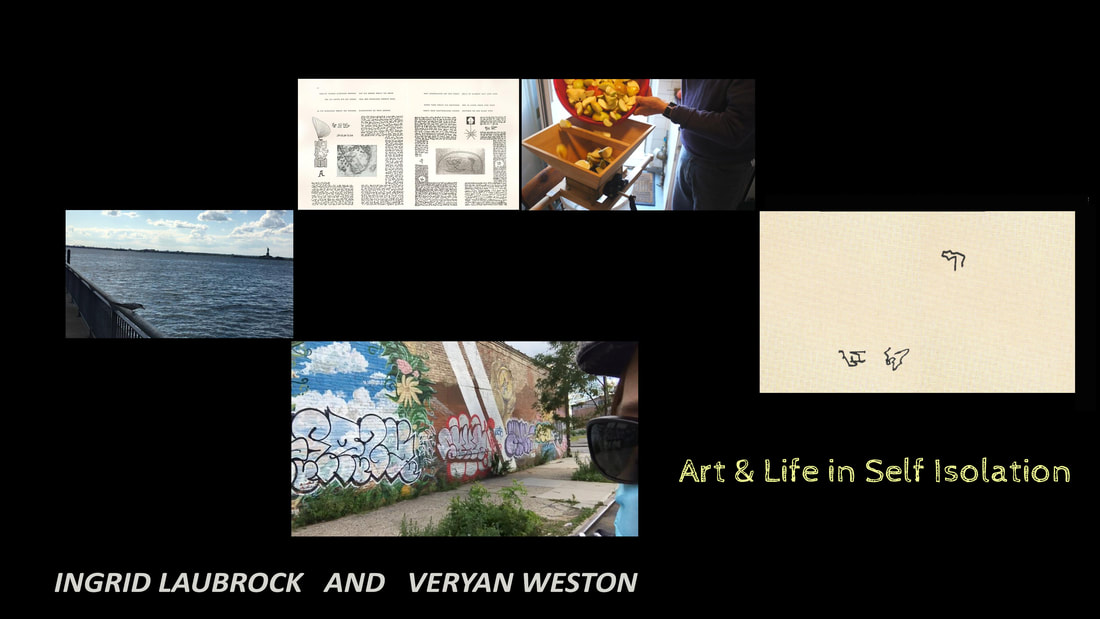 "AS YOU HEAR"
with Pei Ann Yeoh & Beibei Wang. 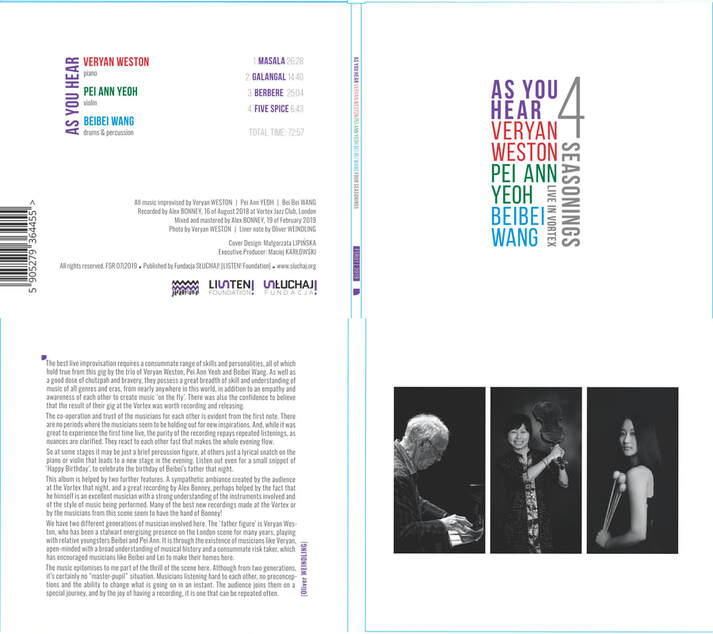 THE MERCURY TRIO,  with Mark Sanders and John Edwards 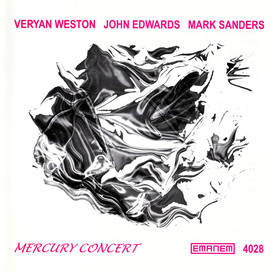 "This is one of the most exciting free improvisation albums that I’ve heard in quite some time. Veryan Weston has often appeared with Lol Coxhill and Trevor Watts, while Mark Sanders has recently gigged with Butch Morris and Paul Dunmall. John Edwards should soon carve out an equally distinguished reputation, his aggressively bowed gut-strings alsmost forming half of a percussion team with Sanders. The album sections are given literally descriptive titles, Longer Piece (35’50”), Shorter Piece (10’51”) and Slightly Longer than Shorter Piece (14’47”), all exactly sequenced exactly as they were made on the night, without any amplification or post-editing." Gramophone - July 1999 - Martin Longley

"All three are great listeners, which helps immensly, and as a group, they can hit on ideas with near-simultaneity; they drift together, change course together and turn on a ha’penny when, it seems, no one of them really expects it. This is really an excellent piano trio, full of all the things which make the format continually challenging, and hence it’s everything a piano trio ought to be”. Musings - Spring 1999 - Richard Cochrane 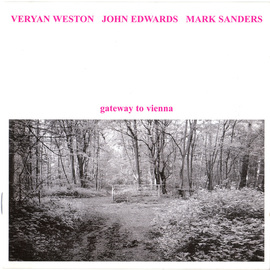 "The interplay between the three is immense, and Weston palpably listens to what his colleagues are doing, moment by moment. The record has a richness of detail and intensity that recommend it; as always with Weston it's interesting to follow the development of a creative relationship." RICHARD COOK & BRIAN MORTON - The Penguin Guide to JAZZ RECORDINGS, 9th edition 2008

The Gateway pieces may have the sharper edge - they're razor-honed exercises in simultaneity and dialogue, the group style consisting in each member generating lines that tangle with one another in ways that simultaneously address both chance and deliberated response, ultimately presenting a thick weave of sounds in which the listener can follow the threads of a hundred dialogues. In the longer pieces of the Vienna concert, passages expand, spreading out to achieve ever greater depths of meaning and cumulative significance. When the energy ebbs, there are moments of the greatest, delicacy, Weston's vocabulary alive with the harmonic suggestion of Bartok or Schoenberg and Stevens' percussion suggesting the clarity of a monastic ceremony. This is 'state of the art' for the improvising piano trio, circa 2005."  STUART BROOMER - MUSICWORKS 2005 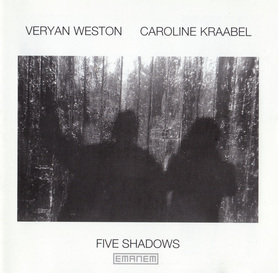 "You need to be extraordinarily accomplished to turn the piano into a responsive vehicle for Free Improvisation, but that is what Veryan Weston has done; his clean, decisive runs turn on a dime, creating a delicate sense of poise. Since her emergence as one quarter of Manchester's punkjazz phenomenon The Honkies, alto saxophonist Caroline Kraabel has built herself a reputation by organising mass saxophones and composing for the London Improvisers Orchestra. The reed-piano combination is simple enough to come across vividly in these excellent live digital recordings, and the choice of highlights is exemplary. If the artists associated with the COBRA movement were to play music, it would sound like this: consummate abstract art spiked wwith winningly infantile energies."  BEN WATSON - HI-FI NEWS 2001

"This documents a series of concerts given by the duo in an array of English burghs. One piece is selected from each performance and with the first piece from the first date and the last piece from the last date given in order, it offers a condensed view of how strong a relationship developed along the way. Again, Weston's attentiveness is striking." RICHARD COOK & BRIAN MORTON - The Penguin Guide to JAZZ RECORDINGS, 9th edition 2008 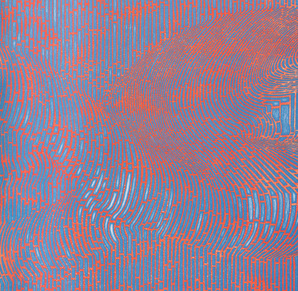 Eddie Prévost - drums
Veryan Weston - piano
*****
Concert,V. was recorded at Gateway Studios on June 5th and June 29th 1998. There are 12 pieces divided into 2 parts. The total playing time is 77'52". The audio quality is as close to perfection as you are likely to get. If you like your music challenging, engageing, cliche-free, adventurous, brilliant, and dazzling, you should, without delay, purchase this exceptional disc. Prevost's drums and Weston's piano take you to much unexplored territory, and even if you feel you've been there before, it will still leave you breathless. (John C Graham - Amazon Reviews)

"It is fascinating to listen to them as they challenge not only each other but the fundamental nature of their own instruments: often as not, Weston plays the piano with the old 88 tuned drums mentality, while Prevost expresses himself melodically. There is motion here, buoyancy, light and air. Do not miss out on this concert."    Cadence (USA)

Although Stops is credited to drummer Tony Marsh alone, he is joined on 11 of the 15 tracks by Veryan Weston playing organ, an instrument on which he has history. Those duo pieces are punctuated by four Marsh solo tracks that were recorded a week after them. The duo playing varies between the two engaged in equal exchanges and Weston being more in a lead role supported by Marsh's drumming. As an album, it is varied and hangs together well.

The pairing of Marsh with Weston makes for an interesting comparison with that of Parker and Sandell. Whether as a partner or as support, Marsh is an energetic hive of activity, constantly filling-in, probing, goading and commenting. Weston responds in kind . Like Standell above, he avoids churchy music and favours the organ's higher notes, which he explores extensively. Unlike Standell, he will slip in rapidly articulated passages of play which give his music an appealing sense of busyness and excitement. A perfect example is Weston's opening salvo on "Stop Off." (Well done to whichever creative minds came up with all the track titles containing the word "stop.")

There is not as much music that resounds in the way it did with Parker and Standell, but Marsh's use of his tom-tom and the occasional sustained chord from Weston give their music sufficient gravitas for the location John Eyles 14/10/2010 – All About Jazz

On a good stereo system the acoustics are expansive, odd overtones hanging in the air sliced by thump or swish. At times Weston gets the organ to sound completely unlike itself, more like a melodica or even a violin. Witness the beginning of "Stop Out", which goes from strings to sick bagpipes to cloudy note clusters, stop-timing and belching as Marsh punctuates and comments. Eventually a B-movie horror show organ cluster rears up, as you knew it would. At times it's easy to forget just what instruments are being played here, which is always a hallmark of good music for me. Jeph Jerman – Squid's Ear, 2011-02-10

A gigantic sound from the cathedral organ, the high ceiling ambience of a cathedral setting and Tony Marsh’s dramatically punctuating drums marks the first CD, a free set with a genuine charge to it. Veryan Weston plays his role of a devilish, demonic Free organ improviser to the hilt and the two create a kind of magic you will not likely find in any other setting. They know to leave some space here and there to allow for the cavernous resonance and they do so. This sort of thing could be a disaster, but instead is rather triumphant. The sequences are mostly short—two to three minutes with a few at 10 or 15—and makes for a differing program that keeps your ears in focus. Sound sculpture is a key aspect. And Marsh’s drums sound with the sensual pleasure derived from the chamber-ous setting. Cadence – Spring 2011 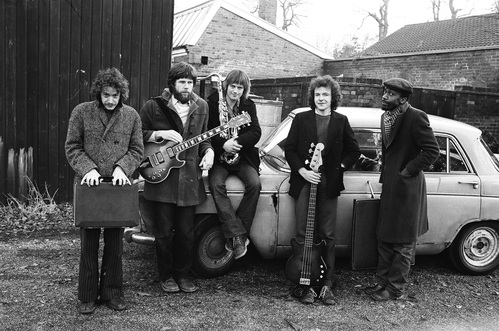 Nominated ‘Young Jazz Musicians of 1979’ by the Greater London Arts Association and won three other first prizes at the Dunkirk Jazz Festival (1980), San Sebastian Jazz Festival (Spain 1981) and Jazz -on-the-Odra Festival  (Wroclaw, Poland 1981).
The band played extensively both nationally (Bracknell Jazz Festival, Manchester ‘Band on the Wall’ and Bath Festival) and with tours in Europe (Holland, France, Spain and Poland) giving several BBC Radio (2 & 3) broadcasts, as well as performing in main London venues like the Round House, Ronnie Scotts, The Duke of York Theatre and the South Bank.
We also released two recordings, one unknowingly in Poland, and the other as part of a significant project entitled ‘Miniatures’ which was produced by Morgan Fisher. It was a compilation that included Quentin Crisp, Gavin Bryars, Pete Seeger, R.D Laing, George Melly and Robert Fripp.
This was a Polish state television broadcast from 1981. The musicians in the video are:

The titles of the pieces were:

All the musicians in Stinky Winkles are still alive and were made up of young players from around the region where I was living at the time (and still do) – Welwyn Garden City. I had gone to live there in 1975 as an artist in residence for the Digswell Arts Trust. The trust often put gigs, events, exhibitions on around the town. It was a very fruitful period which was about to turn rotten as a result of the Thatcher government. As a result of government policy to sell off state property which included the New Towns Commission, Digswell House got closed and some of the artists who were lucky got rehoused.

Stinky Winkles were, in their heyday, very much part of the Digswell Arts Trust. I was involved as a result of hearing them play locally in different bands and meeting them. It was the first band which I played in that received some success and recognition in the UK and Europe. We worked hard on the music together, rehearsing at the annexe cottage where I lived which was a hundred yards away from Digswell House. We would squeeze in to the ‘Cabin in the Sky’, as it was nicknamed, and was a pretty small upstairs room with an old worn-out upright piano in, and rehearse at least once a week. None of us were properly trained academically as musicians, (although every attempt had been made on me, from early school onwards) so we put the music together aurally, and some of it was difficult; to me it was a very positive learning experience.

This is almost definitely the only film of this group. The band was quite successful in it's time, having been voted 'Young Jazz Musicians of 1979' by the Great London Arts Association, awarded first prize at the Dunkirk Jazz Festival (1980) as well as being voted 'best orchestra', awarded first prize also in San Sebastian Jazz Festival in 1981 and finally they won first prize in the Jazz on the Odra Festival competition in Poland. Part of the prize consisted of the group making a vinyl LP record for the Polish state label - Poljazz.

All this took place at a very critical time in Poland when Solidarnosc was happening, in fact I remember being in the same hotel with the band while we were touring Poland with Lech Walesa. I remember petrol being so scarce that the poor driver who was driving us to concerts had to spend ALL night queueing for petrol and pick us up at the hotel in the morning....tough. Thanks to Lukasz for kindly putting this clip up on YouTube.