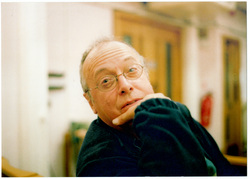 Born in Sussex, UK, 3rd September 1950.
The first name is a village in Cornwall which has round houses in, named by his mother – Rene ‘Babs’ Weston who had strong feelings and links with her own family who came from this particular area of England. Born outside Cornwall, the last in a family of one brother and two sisters, Veryan was encouraged to explore any emotional and creative potential on an old battered piano by his mother who had long given up any hope of being an artist herself (having studied Pacific Island and Flamenco dance in London in 1930s) because of her family dedication. His sister Armorel was integral in starting the Little Theatre Club in central London in sixties which helped build friendships between improvising musicians in UK.

In 1974 he received a fellowship from the Digswell Arts Trust in Hertfordshire that allowed him to continue his work exploring piano improvisation which included his research in to pentatonic scale relationships. While at Digswell, he co-founded and composed for the group Stinky Winkles who were voted 'Young jazz Musicians of 1979' by Greater London Arts Association. He performed music for film, the most notable being his work with Lol Coxhill on director Derek Jarman's Caravaggio (1986).
Weston's interest in collaborating with artists from other disciplines led him to earn a degree in performance art from Middlesex University and he also earned a master's degree in music composition from Goldsmith's College University in London. In the '80s and '90s, he worked with (among others) the Eddie Prévost Quartet, Lol Coxhill and Trevor Watts.

Trevor’s preoccupation with rhythmic structures and the inclusion of Ghanaian musicians in Moiré Music suited his own interests in the importance and beauty of rhythmic relationships between musicians which is also traceable later in virtually all his work as an improviser. They continue their very fruitful long-term relationship with concerts worldwide that also include other performers. There have been other collaborations with bassist John Edwards and drummer Mark Sanders, as well as Caroline Kraabel.

In the '90s, collaborations with Phil Minton included the Ways duos, the ambitious Songs from a Prison Diary choral project commissioned for the Europa Festival in Le Mans which was awarded the Cornelius Cardew composition prize, a Taktlos Festival (Switzerland) chamber choir commission based on the life of Anarchist – Nestor Makhno, a quartet performing extracts from Joyce’s Finnegans wake, and 4Walls with Luc Ex and Michael Vatcher which was a strange synthesis of punk and contemporary jazz but which, like all the projects with Phil combine improvisation with songform. And most recently - Ways for an Orchestra commissioned by the Angelica Festival (Bologna, Italy - 2017)

Other peripheral excursions have included working in Carla Bley's Escalator Over the Hill big band project, the Cobra game piece with John Zorn in Berlin and most recently a Lindsay Cooper memorial project which included many of the original members of Henry Cow (2014).

Weston also melds elements of modern composition with contemporary improvisation and this can be heard in collaborations with Phil Minton, Luc Ex and Hannah Marshall, but the thread throughout his work has been primarily improvisation which reveals new aspects of an ever-changing musical identity depending on who he is playing with.

‘UNDERWATER CAROL’- This first solo album is a document from 1972-’87, a period when composition interested him (Matchless 13)

‘WAYS’ (1987), ‘WAYS PAST’ (1992) and ‘…..past’ (2000) which are acclaimed duets which explore an extreme diversity of song repertoire and include original co-compositions (ITM & IDA Records). ‘Ways Out East, Ways Out West’ (Intakt 097) Two projects focus on Life of Ukrainian Anarchist Nestor Makhno as well as selected American Folks songs for voice & chamber organ

‘A MOUTHFULL OF ECSTASY’ (1996) is with a quartet with John Butcher (saxes) and Roger Turner (drums), using texts from Finnegans wake by James Joyce (Victo 041)

‘UNEARTHED’ (1998) - A quartet with John Grieve, Stu Butterfield and John Edwards explore jazz standards with their own contemporary perspective (33 Records) Available from this website.

'TEMPERAMENT' (EMANEM 4207) duets with Jon Rose - a selection of improvisations using different tunings derived from science, history and the imagination

‘UNLOCKED’ – (EMANEM 4141) – By Trio of Uncertainty, with Hannah Marshall (cello) & Satoko Fukuda (violin) a classic chamber ensemble who create on the moment – March 2007